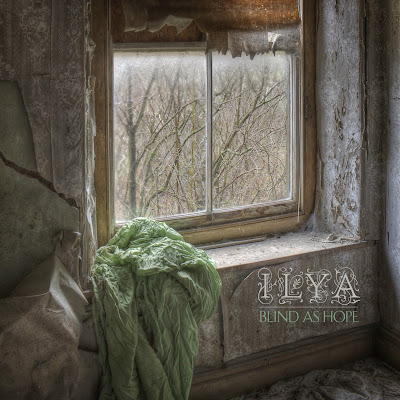 On Crowd Funding, Pain And Passion.

I caught our neighbour and his burly accomplice at 11pm last night coming home with rifles over their shoulders. I asked what they were doing at night with guns and he flashed a lamp in my face and said "lamping for foxes." I said "What do you mean?". He answered "You flash a bright light into the darkness until you hit upon the shining eyes of a fox, the light stops the fox in it's tracks and you kill it". I felt utterly sickened at the thought of what they had been doing. They had taken it upon themselves to "cull' the foxes around us!

This reminded me of last Spring when we were millimetres away from moving lock, stock and kitchen sink to Ireland. We had landed a job working for a Lord and Lady near Belfast. Tending to the running of their mansion during the pheasant shooting season. Serving pie and mash to paying guests who had come to slaughter beautiful birds for sport. The job in Ireland might have come with a wee cottage on the top of a hill with stunning views but I reckon I would have been caught artfully modifying the pies with dog shit and spitting in the mash!

It seems that sometimes you have to be at the point of signing the contract when a mallet of nonsensical sense hits you hard on the head. Whack! Take that Joanna - you are not ready to give up music for a life of pie revamping servitude!

Last Spring (2013) after my experience on The Voice I decided it was now time to give up music, as attempting to run the business of Ilya as an independent company was getting the better of me. We were in financial difficulty and being a Busking Diva was not quite what I had in mind for a continued career in music.

(See post below about this and further down for The Voice)

Nick and I feel that our vocation as a musical partnership has been in apprenticeship up until now. Massively late developers, we now feel we our craft is about to really blossom! No matter how many obstacles life can put in your path, we are on a road that goes on, regardless. I've said it before and I will say it again; I believe Nick and I came together to make music together. After decades of music making addiction and the belief that soon you will be able to make a living from it, it is not an easy thing to stop. Even when those 50 ft high flashing neon lights are reasoning with you to do so.

In 2011 I had embarked on a crowd funding campaign. I did all the necessary bits but when it got to the filming of myself asking for money I just couldn't do it. I made excuses but I was basically fearful and ashamed.

Then I put myself through the experience of The Voice. The Voice is something I would never have entered in a million years but in the Autumn of 2011 I came perilously close to death from a severe anaphylactic shock due to a build up of wasp stings. I felt like if I didn't grab life by the horns I might regret it later. I hoped The Voice would be good publicity, a sure fire way for our music to reach a wider audience! The experience dragged me so far out of my comfort zone and it was so utterly terrifying for me that for the first time ever I was having intensive hypnotherapy to deal with stage fright. But it did a really good thing for me; it made me stronger and more resolved not to fail in music. Feeling more emboldened and single minded I set up a Kickstarter campaign, complete with a one take only - embarrassing video of myself (I reasoned that at least I don't have to watch it!) I set our target at what I thought was a do-able amount to raise, which was £3,000 over 30 days.

Those 30 days I went for - it hassling everybody I knew - especially friends and acquaintances on facebook. I acted in ways that were out of character by repeatedly pushing our campaign on facebook. Some people found this distasteful and I was embarrassed when they told me so - but I was not going to be defeated. We were hugely relieved and over the moon, when by the end of the month we received over £4,000.

Kickstarter also got the attention of a German fan of ours who became our 'patron of the arts' by adding more money to the project. This album may have been made for 20% of the cost of our first album but it is 99% more than some of our albums since TDFB. (One album was made for £50 for some drums and Nicks Roland Amp in exchange for some mixing help on two tracks. It was not mastered). Having decent finances has enabled us to spread our musical wings. It has been a creative godsend!

So, this month sees the completion of our 6th album. An album that has been a huge challenge for us. An exciting and exhausting journey. If it is a commercial failure at least it will not be a personal one to us. We will have delivered something we are proud of to all the wonderful people that supported us on Kickstarter. Although of course; we blindly hope that this album leads to even greater albums from us. The opening song on the album is called Blind As Hope, (it is also the name of the album). It sums up our life in music. We may get to 90 and still be attempting to earn a living from it but as they say down yer in the West Country - "yer tis an' can't get no tizzer!"

Big swan is one down from little sparrow!

I was so thrilled about being voted Thomas Cooneys number 2 favourite singer in Caught In The Carousel. That is the kind of poll position that makes this bird chirrup!
Posted by Jo Swan at 01:43 No comments: