The Halfway Festival in Poland

Bialystok is a lovely town which has a stunning Opera House. It was in the gardens of this
opera house, in a modern amphitheater (usually used for opera) where we performed on June the 24th this year.

This is the first time Ilya have played live in 13 years! We had a stripped back 4-piece band with Ruth Hammond (Ruth played keys and bv's in the original band during the Virgin days) and Matt Jones who has played drums with us on our last 3 albums.

We had requests from the organisers to play some songs from our debut album, They Died For Beauty. So our songs like Bellissimo, Bliss and They Died For Beauty were re-arranged to replace the string and horn arrangements with vocal harmonies. A challenge that worked - thank god!

We went on stage at 12.30 am and played to a fabulous audience until nearly 2am. By the time we got to the encores we had the entire audience up and dancing and singing along with us.
It was a fabulous 3 days - amazing venue, very well run by the generous and lovely organisers.
We very much hope this is the beginning of Ilya live!

The Art Of Recieving Rejection

This is a good article to read on rejection. I don't feel unsuccessful as such because I feel we are getting better at our craft with each new album. But it is now 30 years of trying for success in music and we are still determined to succeed! Most would have given up a very long time ago

'The patients I see who are struggling with rejection often ask me when they should give up, at what point they should accept the rejections and stop trying. My answer is never. As long as you have a dream, something you believe in and wish to achieve, keep going. A rejection doesn’t mean you failed. It means you tried. Try again'.

READ THE FULL article
Posted by Jo Swan at 11:36 No comments:

I sung on a track for a new album by the fabulous Ian M Hazeldine and he just sent me a review of the album. I squealed with delight when I read this section :~)
'Yet as lovely as it is, it's bettered by “Elegy (II),” whose strings-heavy introduction (Berg again) is followed by a stunning vocal performance by Joanna Swan; on this album highlight, she sings with an unaffected, natural grace so beautiful it takes one's breath away'.
The album is out on 21st April.
Ian is a very talented chap as it is he who designed our website which also features his incredible photographs.
Posted by Jo Swan at 14:18 No comments:

We were sent this very posh little package/booklet today. Our track Lean Down is on a compilation put together by Real World Music. The compilation was made specifically for 10,000 BMW's that are fitted with the Bowers and Wilkins sound system. 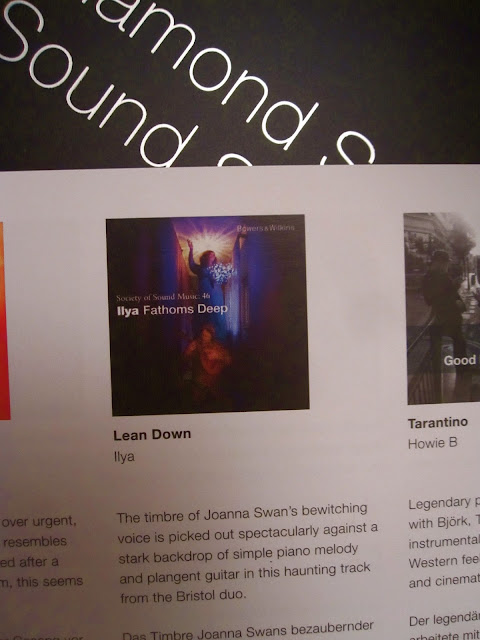 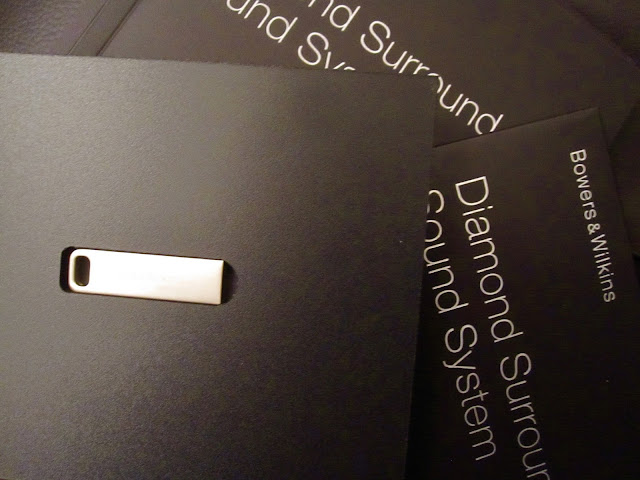 STUPENDOUS UTTERLY STUPENDOUS !!! THIS IS THE BEST THING I HAVE HEARD IN AGES!!!! :~D I AM IN LOVE ALL OVER AGAIN There is no other musician who has been in music for so long who can still make a MASTERPIECE!

That was a post I had put up on Facebook last November. I was as excited as I was as a teenager when hearing a new Bowie album, only this time in a much deeper way because my life has been as a musician. I was/am so inspired that - into his later years - Bowie was still making music as innovate and uniquely him as ever. Proving that age does not dull creativity - in the right hands and hearts - it just gets better, richer, more realised.

Hearing BlackStar had made me sob with joy. Little was I to know that in 2 months I would be sobbing with such sadness for the loss of one of my all time heros!

It's been 10 days since the death of Bowie and I have played the BlackStar album, in the dark, every night before falling to sleep. Last night an overwhelming sadness filled me when listening to the title track. The reason Bowie's death is so poignant above all is that (I think) those of us that grew up with him being part and parcel of our self discovery feel somehow intimately connected. It feels like loosing some magical part of yourself. It was always my life long dream to do a song with Bowie ... perhaps my reward will now be in heaven!

PS: I wrote this blog post some weeks ago but never published it until today. 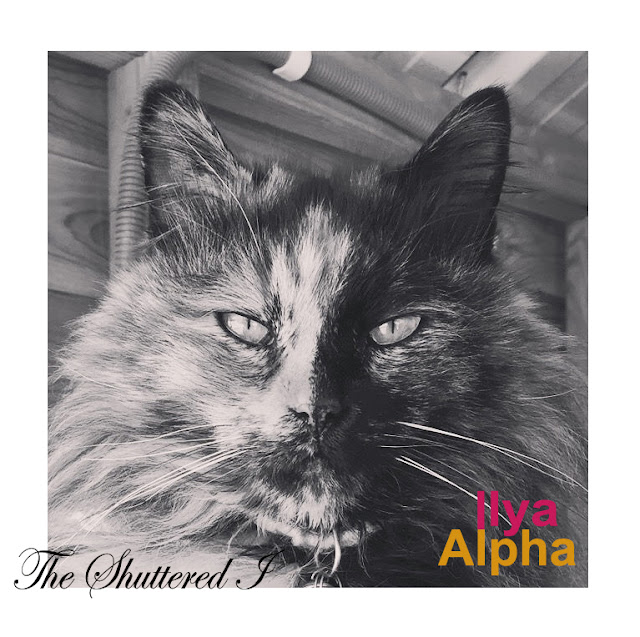 Our collaboration with the wonderful Alpha is now available from the ILYA-BANDCAMP (as well from Alphaheaven.com) Please go and have a listen to The Shuttered I
Posted by Jo Swan at 07:06 No comments: